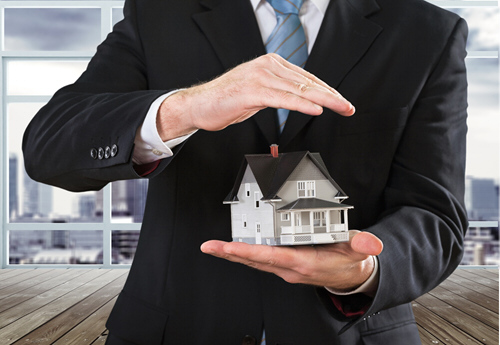 The Covid-19 crisis has changed the world, and those changes are still taking place. At the same time, as predicted by estate agents, September is likely to drive the biggest hike in property sales the UK has seen since the virus hit. Cladding is causing issues in high and low-rise buildings in London and beyond, leaving many people unable to sell. London saw an unprecedented boom in beautiful high rise buildings through 2019, and the government is set to make the planning process less complex. Here’s the news, from our world to yours.

Thousands of flat owners could find themselves unable to sell their homes for at least a decade. It’s all down to unsafe cladding which is leaving people trapped in unsellable properties. Some are high rise, others are low blocks of flats, and the problem extends across the land.

The issue arose when people started trying to sell their homes. Some found buyers. But they have since been told that their homes aren’t saleable, which effectively means their properties are worthless.

The crisis is all down to the Grenfell Tower tragedy, which made people realise just how many buildings in the UK feature potentially equally lethal cladding. In winter 2019 RICS launched the EWS 1 form, which provides a way to grade the safety levels of tower blocks with cladding, and was originally designed for buildings no more than 18m high. Then the government changed the regulations. Now lenders are insisting on EWS 1 forms and if they are not forthcoming, they’re rejecting mortgage applications.

Apparently around 300,000 buildings are affected, all of which require an EWS 1. At the same time there are just 300 inspectors qualified for the job, which involves very detailed and in-depth surveys that intrude significantly on a building, so are expensive and time-consuming.

Some property owners have been told they will have to wait a decade before the freeholder makes their building compliant. People in lower-rise clad buildings might have to wait even longer since they’re at the bottom of the ladder as regards priorities. In the words of Sebastian O’Kelly, the chief executive of the charity Leasehold Knowledge, “We’re looking at a perfect storm of disasters descending on the heads of people who own flats. And they are largely unsellable now because mortgage lenders want to know that they are safe, and more sites can’t demonstrate that they are safe. So you’ve got 900,000 to one million people living in blocks of flats that are higher than 18 metres which are affected by the cladding crisis.”

If you live in the capital, it’s obvious a building survey in London is your best bet when you want to pin down any issues with the place you are buying. Make sure cladding is on your surveyor’s list.

In 2019 a record number of new, tall buildings appeared in the capital. Our city saw 60 tall buildings of more than 19 storeys built last year, an increase of 140% on 2018. At the same time it looks like the virus has put a stop to much of the building planned for 2020. So far the queue of buildings in pre-planning, planning and construction is 525, 3% fewer than 2018, and that number could easily drop again. It could even drop ‘significantly’, thanks to the ongoing impact of Covid-19.

Government planning rules due to ease

The government has released its plans for overhauling the country’s ‘outdated’ planning system. There are plans to streamline the planning process, cut red tape, and use new technologies to build new homes faster.  While precious green spaces will be protected, there’ll be more homes built on brownfield land. And these new homes will come with a 30% discount through First Homes, targeted at key workers.

The aim is high quality, sustainable homes with strong communities at their heart, no longer delayed by the current slow, difficult and complex planning process. It will also be easier to get plans for supporting infrastructure like schools, roads and GP surgeries approved. At the same time, local community agreement will be given priority.

The current system is actively unfavourable to small building and construction businesses. These days they only provide 12% of new housing, down from 40% three decades ago. The new regulations should help reverse the trend and put more SME builders back in the driving seat.

Look out for a spike in house sales during September 2020

As reported by Estate Agency Today magazine, we could see the UK property sales market peak this month, or even a month later, rather than the usual spike, we see in early summer. But, as with so many areas of life right now, it depends on how well or not we control the Covid-19 outbreak in the next few weeks.

Estate agency Knight Frank says sales peaked in July last year then tailed off during December. And that is fairly typical. Agreed tenancies followed much the same pattern. The traditional August boom in people moving house didn’t happen this year, with many completions pushed down the line by the virus. The capital,  of course, features sales to international buyers, and these sales could be delayed for even longer as other nations fight the virus and endure lockdowns of their own.

Can we help you with a building survey in London?

These days, more than ever before, it’s vital to get a reliable, thorough survey of a property before making a decision. When you need a building survey, London and beyond, we’ll be delighted to help you.